Ethan was almost in tears

... describing his fear of the coming Thanksgiving and the trouble he has every year being able to eat his favorite foods and not die of his annual indigestion attack.  He goes through this every November, worrying over something that hasn’t even happened yet, and still he will march on into gastronomical suicide even though he could be more than adequately prepared in advance if he would follow my simple instructions on aiding his digestion

Most of the other holidays are survivable by his standards as they do not combine bacon infused green beans, marshmallow covered yams and pecans, homemade dressing, hot turkey dripping gravy, fresh made sugar frosted dinner rolls lathered in maple butter, cranberry sauce, white and dark turkey meat, and tons of every pie you can imagine.

Ethan comes from a large family where most meals were fought over by the kids at dinnertime, where the scene was very simple, the first to arrive at the table got fed.  The last to arrive starved, or had to eat left over oatmeal from breakfast.  Now Ethan has his own family and with a wife who works outside the home, the legacy has been passed onto the children of eating prepared foods from a box, a bag, or a can, rather than real foods like clean meats, deep ocean fish, organic eggs, and raw dairy.

I’ve had this discussion with Ethan before, last year in fact, where I told him that with just a few basic digestive aids, he could completely avoid the distress he is already agonizing over, before he has even eaten anything.

No one wants to read a long newsletter.  We just want to have some fun.  We want to be like our kids who come over visiting grandma and grandpa with all their cousins and sitting down to a fabulous feast and then go play all night and beg to sleep over with this cousin or that.  We want to be like our kids.  None of us want to suffer over what we eat.

We can go the medical route and take an antacid and force the undigested food down into the colon and beat the poor thing up. Where do you think those polyps come from?  The colitis?  Diverticulitis?  Celiac disease?  Or even worse, Crohns?  We can take the purple pill and stop digestion altogether and delay the awful inevitability of slow miserable death by protein starvation.  Or, imagine this, sex with a poop bag, the final medical solution for Crohns, hanging from your waist because you destroyed an irreplaceable organ. 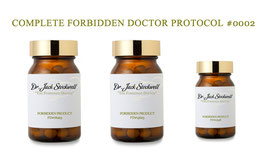 You know you are going to eat "bad food" now and then, so let’s help you break this food down, absorb the nutrients, get rid of the bad stuff -  after all what’s life without pie? This Protocol contains our basic recommendations to aid and assist your body’s attempts to digest what you throw at it!

Up Next: Cold & Flu Special Report